Outlook: Soybeans are nearing a decision point as it declines toward the uptrend line from the April low.  Late August weather is forecast to be hotter and drier.

Outlook: MN wheat made new contract lows in overnight trade.  Russia supplying most of the Egypt business highlights and a large Canadian crop is not bullish our market. 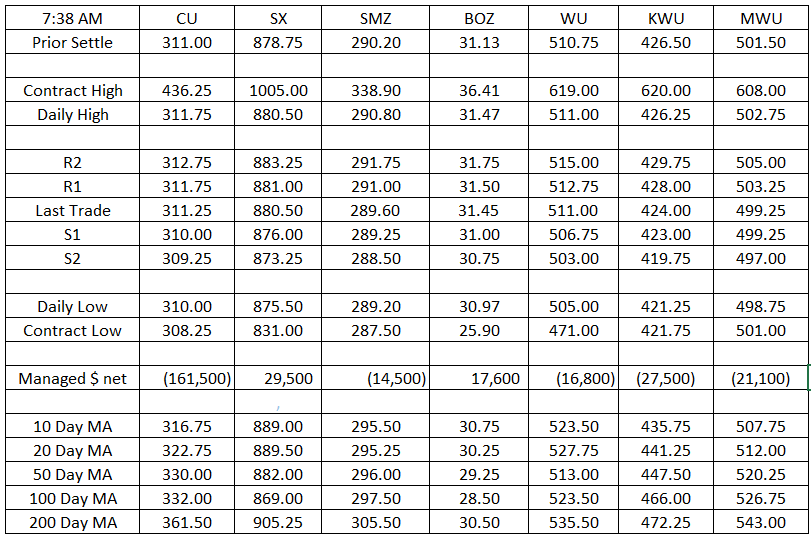